In recognition of Women’s History Month, we’d like to introduce you to just a few of the dynamic women in Penn State Behrend’s history.  Our college has a rich history of leadership and involvement by strong, forward thinking, and generous women. Each Monday in March, we’ll highlight a woman who has made, or is currently making, her mark on the college.

Today, we’d like you to meet Mary Beth McCarthy, one of Behrend’s first female administrators.

Not much has stayed the same during Mary Beth McCarthy’s thirty-four years at Penn State Behrend. In fact, the only constant has been change.

“Behrend is just so exciting. It’s been growing and evolving since I got here in 1980,” said McCarthy, director of the college’s Academic and Career Planning Center (ACPC).

McCarthy was hired at the college in 1980 as the financial aid and placement coordinator. At the time, Student Affairs and Admissions were all in one office with a very small staff, and McCarthy assisted all students with their financial aid and also worked to help students find jobs after college.

For McCarthy, Behrend was an opportunity. She never expected that opportunity to turn into a career.

‘A blip on my radar’

She worked as an admissions counselor at Villa Maria College before accepting a position at Behrend. She never expected to stay in Erie for long, but that quickly changed.

“I thought I was just passing through. Erie was just a blip on my radar,” McCarthy recalled. “One of the reasons I stayed was because this place was always evolving. It’s just been so rewarding to be a part of such long-term positive growth.”

McCarthy has seen growth not only in the college, but also in the student body.

Over the years, she has offered career counseling to thousands of students, and she always revels in their success.

“It’s been wonderful to see students and the college embrace the idea of career and life planning rather than focusing simply on ‘placement’ into the first job.” McCarthy said.

When McCarthy joined the college in 1980, the environment was vastly different from that of today.

She was one of the only female administrators at the college, and Behrend was still very much a man’s world.

At lunch, there was a table for male staff members and a separate table for females. It was also strongly suggested that women follow a strict dress code of business suits with skirts. No pants were allowed.

However, the biggest sign of the times may have been a club that McCarthy was encouraged to join. Faculty Women and Wives was an organization composed entirely of Behrend female staff members and the wives of male staff and faculty members. They would take part in various activities such as fund-raising, and hosting social events.

Eventually, the group was disbanded, but it is reflective of the college environment at time McCarthy was hired.

As one of the college’s first female leaders, McCarthy might be described as a pioneer, but she’s hesitant to embrace that term.

“I think I happened to be the first at a time when things were changing anyway,” McCarthy said. “So I don’t really see myself as a pioneer.”

Throughout her time at Behrend, McCarthy said she has always been able to count on a friendly work environment. That was probably most evident in 1983 when she was pregnant with her first child.

“It was like the whole campus was pregnant,” McCarthy said.

The idea of a staff member having a baby seemed brand new to Behrend, and McCarthy’s colleagues showered her with support. Bob Schenker, who was the college registrar at the time, would clean the snow from her car each evening before she went home.  She had two baby showers, one sponsored by the entire campus, and another hosted by a group of students.  Carolyn Lane, wife of Ben Lane, director of admissions, made a quilt for McCarthy’s baby-to-be.

This kindness set the tone for her as she advanced in her career. She says she has tried to replicate that kindness when she deals with staff members and students.

“I had this wonderful relationship with everyone because we were so small,” McCarthy said. “I was a young professional at the time, and I learned that the strong relationships were why the college was successful. Since my basic nature is to be friendly and open, I felt like I could be that person and still help to make my office successful.”

Start of a new chapter

This fall, McCarthy will close the book on the Behrend chapter of her life. She will retire in September, but her definition of retirement is a tad unconventional.

“For me, I want to learn as much more as I can, about everything I don’t know,” McCarthy said. “I’m also thinking about doing some leisure life coaching where I help other people transition to a new life after the work world.  Retirement isn’t about leaving the work world for me. It just means that it’s time to do something new.” 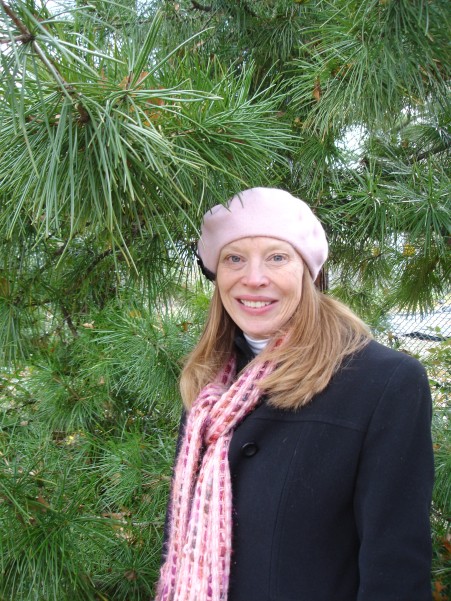 Hobbies: “Juggling parenthood and family-life took a lot of my free time early on. Gardening has been a life-long passion and I was lucky enough to become involved with the Erie chapter of the Penn State Master Gardeners about ten years ago. I have also become a late-in-life rails-to-trails bicycler and a day hiker!”

Favorite thing about Penn State Behrend: “All of the great people that I have met along the way.  Many of my life-long friends, including my best friend of twenty-five years as well as my partner are here on this campus.  In addition, I love the Arboretum and have been known to give group tours throughout the years.  Since I’m a big fan of the arts, I try not to miss the Logan Series and Rhythm of Life concerts.”

Best advice for today’s students: “Choose what you love. Years ago, choosing a college major was viewed as a way to decide what to do with the rest of your life. Today, it’s much more about what to do first, with many life-time possibilities ahead!”