Today Stephen and I got the first look at the expo and career floor, which has grown rather significantly over the last few years. Featuring over four hundred booths and developers, the conference is truly enormous.

The afternoons highlight was the Global Game Jam organizers roundtable, which discussed the areas for improvement and growth in the game jam. This year was a massive success with over ten thousand participants and literally thousands of games.

One of the key takeaways was to promote the global game jam was to create smaller local jams focused around other themes to both promote and practice for the larger jam in January. 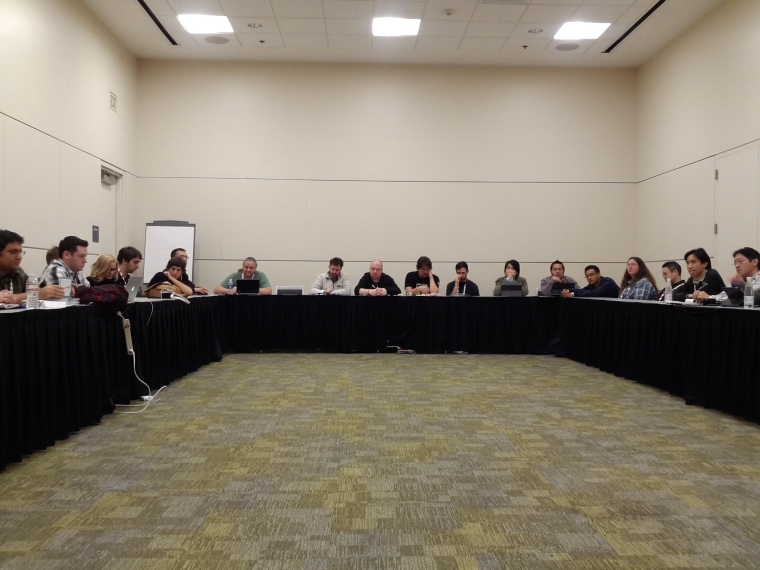 The Game Developers Conference (GDC) is the world’s largest and longest-running professionals-only game industry event. The GDC attracts over 22,500 attendees, and is the primary forum where programmers, artists, producers, game designers, audio professionals, business decision-makers and others involved in the development of interactive games gather to exchange ideas and shape the future of the industry. The GDC is produced by the UBM Tech Game Network.