Penn State Behrend’s class of 2017 is ready to make its mark on the world!  We’re proud of our students and the things they’ve accomplished and learned while here at Behrend. Over the next couple months, we’ll be introducing you to a few of our remarkable seniors who have overcome challenges, pioneered new technology, participated in important research projects, and left an impression at Penn State Behrend.

Today, we’d like you to meet Gretchen “Berry” Haislip: 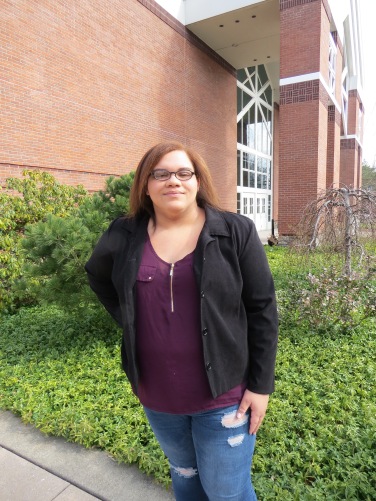 On choosing to Penn State Behrend: I have always known about Penn State and when it came time for me to apply to college, something told me to choose Behrend. It was the best decision of my life.

On choosing to major in Political Science: When I was in high school, I was on a path to go into forensic science, but then I took a political science class at my local college and it changed everything. I realized I had interest in politics and government.

Proudest accomplishment at Behrend: Surprisingly, this has nothing to do with academics, but rather how I found myself. I realized what I am capable of and what I can and want to do in my life. This ultimately led me to love who I am completely and gave me confidence to face the world head on.

Campus involvement: I’m a member of Alpha Sigma Tau where I serve as the director of philanthropy, asdirector of alumni relations, and as a judicial board representative. I’m a member of Alpha Phi Omega service fraternity, Omicron Delta Kappa honor society, and Phi Sigma Alpha Political Science honor society; president of the Political Science Society, vice president of College Democrats, secretary of the Outdoors Club, and a member of Bread Circus and Order of Omega. I’m also a resident assistant.

What you’d be surprised to know about her: I’m only 19. I went to a hybrid high school that placed me on a college campus in ninth grade, allowing me to earn a high school diploma and an associate degree at the same time. I have only been at Behrend for two years.

Back to school: My highest priority in the near future is returning to school for both my master’s degree and Juris Doctorate degree, which I hope to earn at Georgetown University.

Who inspires her: My grandparents inspire me. They raised me and even though we had very little when I was growing up, they did everything in their power to make sure I was happy and had what I needed. Knowing that they put their dreams on hold and spent their nights working and raising me, inspires me to always do my best, not just to make them proud but to ensure that their dedication and love to me continue to be the foundation of something great.

Advice for first-year students: Do not be afraid to fail, not know the answer, or be lost. We come to college to learn!

After her graduation in May, Gretchen plans to serve in AmeriCorps before attending graduate school.