Are “eco-friendly” ice-melting products really better for the environment?

Most consumers want to do the right thing. Marketers know this, which is why they use words like “eco-friendly,” “organic,” and “all-natural” on packaging and in advertisements for the products they are selling. But, unless there are government standards attached to those labels—and, in many cases, there are not—these claims can be misleading at best, flagrantly false at worst.

Case in point: Megan Solan, a senior Biology major, recently completed a study of the effects of road salt products on aquatic insects. Solan compared the toxicity of traditional road salt to three other products that are marketed as being more “eco-friendly.” Her research produced some surprising results.

“We conducted a series of ten-day tests with midges, an invertebrate that spends its larval stages in freshwater ecosystems,” Solan said. “Midges are commonly used when testing chemicals that have the potential to contaminate freshwater habitats because they are generally pollution-tolerant. So, if something affects midges, it will likely affect all of the more sensitive species as well.”

Solan worked on the project under the guidance of Dr. Sam Nutile, assistant professor of biology.

“Interestingly, Megan found that the eco-friendly formulations as harmful or worse for the aquatic insects than traditional salt were,” Nutile said. “Megan’s research is interesting because it represents a disconnect between scientific study and application of the results in society, demonstrating the need for scientists to learn how to bridge this gap.”

Solan recently presented her work at the 39th Annual National Society of Environmental Toxicology and Chemistry Conference. She along with Nutile, and Dr. Adam Simpson, assistant professor of biology, and two other students attended the gathering in Sacramento, California, where Solan’s poster presentation won first place in the undergraduate division.

Not only did Solan return to Behrend with the top poster award for her work, but she also made several new professional contacts in her field.

“I met many wonderful scientists and spoke with some of them about the graduate programs at their schools,” she said.

Solan plans to pursue a Ph. D. in environmental toxicology, which represents a slight curve from her original career plan.

“I initially chose biology because I was going to go to medical school, but after getting involved in this project, I realized that I am passionate about researching environmental issues.” 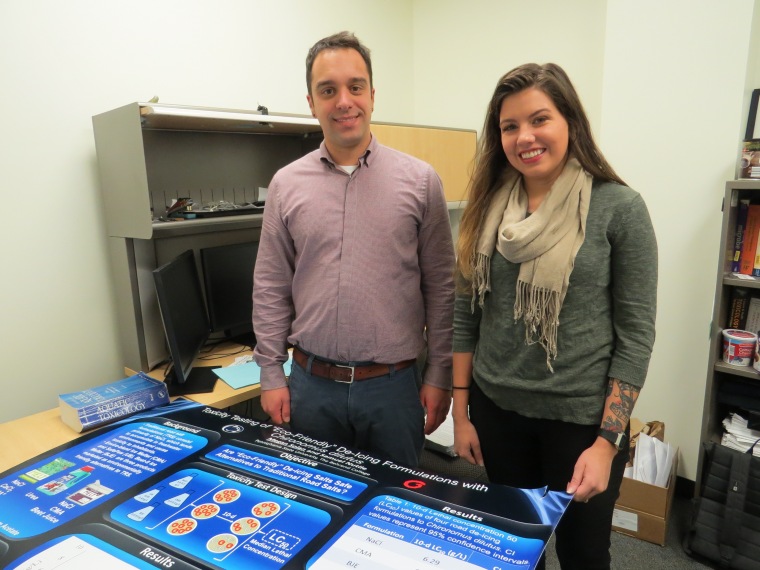