Far from Home is an occasional series in which we document a year in the life of an international student at Penn State Behrend.

It doesn’t scare Yara Elsaied. She’s done this before.

Elsaied is in her first year as a student at Penn State Erie, The Behrend College. While Erie, Pennsylvania and Behrend are entirely new for Elsaied, the United States is not. The Cairo native has grown quite fond of the country over the past couple years.

She didn’t come back.

For one-and-a-half years, Elsaied attended Stony Brook and learned about American culture. She saw the sights of New York and forged many great relationships. Still, something was missing.

Stony Brook did not have an accounting program, which is what made Behrend so attractive to Elsaied, who one day hopes to work at one of the Big Four audit firms.

The skyscrapers and busy streets that were constants in Elsaied’s life have been replaced by green fields and colorful leaves. She says that she has enjoyed Erie and Behrend in the time she has spent here so far, but she does get homesick.

“It was very hard to leave New York, especially one of my best friends, Gabriella.” says Elsaied. “I actually didn’t know how to tell her I was coming here. Thankfully, she totally understood.”

Food has been another challenge for Elsaied. In New York, she was able to get the ingredients needed to cook Egyptian food, but that’s not been the case in Erie. She said she longs for a nice plate of Dolma Mahshi, her favorite Egyptian dish.

But Behrend does have other advantages that help keep her in touch with her heritage.

“Compared to New York, there are actually a lot more Egyptians here. The community is much larger here,” Elsaied says.

So far, Elsaied says she enjoys the new friends she has made and also enjoys her coursework. While she misses Cairo and New York, she’ll get a taste of both of them over the holiday break. Her sister will be visiting at that time and the two of them have planned quite the excursion with visits to New York, Florida, Las Vegas, and California all on the to-do list.

A trip to the west coast during an Erie winter sounds like an ideal getaway for Elsaied, who has quickly caught on to one of her new home’s most notable traits.

“Erie weather is so different one day to the next,” Elsaied says. “I always check the weather whenever I leave my apartment.” 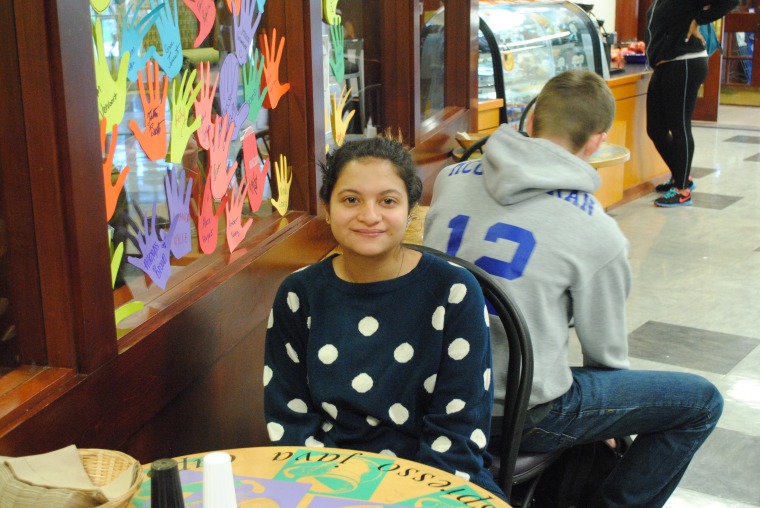