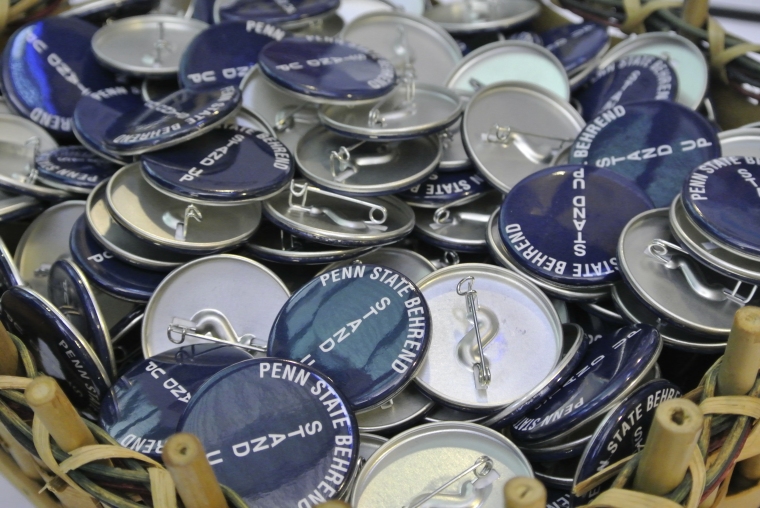 Patty Pasky McMahon learned years ago that change doesn’t happen overnight, especially when it comes to affecting systematic problems such as dating violence or bullying.

“If you want culture change, it can’t just be hit-and-run,” said McMahon, director of the Health and Wellness Center at Penn State Erie, The Behrend College. “Dating violence, bullying, it’s been going on forever and a day. We can’t just accept that things are staying the same.”

That was the thinking behind “STAND UP,” a yearlong campus-engagement campaign promoting integrity, respect, tolerance and diversity at Penn State Behrend that concluded last week. The campaign, sponsored by the Health and Wellness Center and the Janet Neff Sample Center for Manners and Civility, addressed the health-and-wellness issues that most threaten college students, including drug use, relationship violence, stalking and sexual assault.

“STAND UP” kicked off in September 2013 with a concert by the Romantic Era, followed by a fireworks display. Each subsequent month featured an event, including a movie in Junker Center, a Penn State tailgate party, a chili stand and a pool party. “STAND UP” concluded Friday, April 4, with a pig roast and concert by the M-80s.

One of the keys to the programs’ success was making sure that each event was unique, McMahon said.

“That ensured that we would be targeting a different segment of the campus community each month,” McMahon said.

Finding unique events is easier said than done, but Vee Butler, a junior arts administration major and executive director of the Lion Entertainment Board, was satisfied with the selections for “STAND UP.”

“Coming from the programming board, we know how hard it is to find events that peak interest in students and also send a positive message,” Butler said. “‘STAND UP’ did an amazing job of choosing events. The chili stand was brand new and everyone talked about it, and the fireworks show definitely brought out some new faces.”

The events were fun, but they were also effective in promoting the positive message; students had the opportunity to speak out against numerous health-and-wellness issues at the events.

Student attendance was also strong throughout the year. That was true at the campaign’s conclusion with nearly 150 students present at the pig roast.