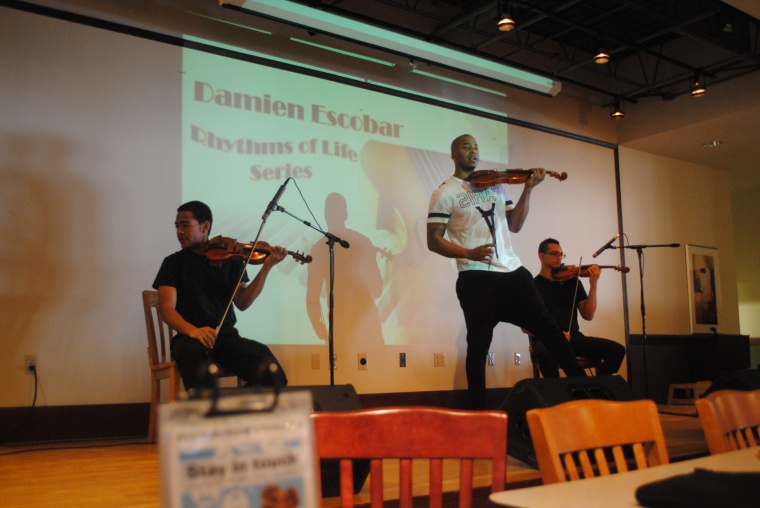 The pairing of a violin and hip-hop music may seem unconventional, but not for Damien Escobar. After all, it’s all he knows.

“As a kid, I was married to (Johann Sebastian) Bach and Dr. Dre,” Escobar said with a smile.

Escobar, who is appropriately known as the “hip-hop violinist,” put his talents on display Wednesday, February 19, as he played a lunchtime concert at Penn State Erie, The Behrend College, as part of the college’s Rhythms of Life series. The series, which began in September 2002 and is sponsored by the college’s Office of Educational Equity and Diversity Programs, promotes cultural awareness on campus.

“I have always felt that the series is very important for the college, not only in regard to promoting diversity, but it enhances the atmosphere and livens up things,” said Andy Herrera, director of the Office of Educational Equity and Diversity Programs.

Escobar certainly did his part to help liven up things Wednesday. Spectators quickly took notice of the austere sounds of a bow on strings combined with the booming volume of hip-hop beats.

One female student turned to her friend and said, “I really like this,” and they both then proceeded to take a seat at Bruno’s Café, where the concert was being held. Other students and staff members quickly followed suit. 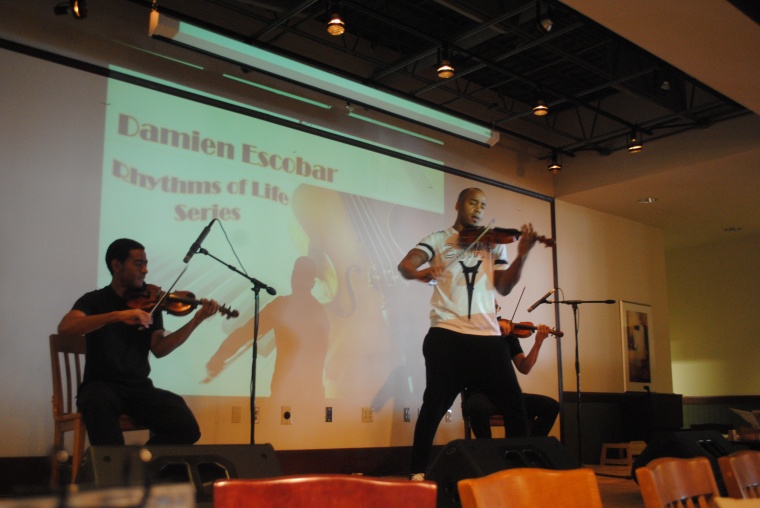 According to Escobar, this ability to draw listeners in is not by accident. Escobar, who was the youngest student at The Juilliard School in New York City when he was accepted at age 9, said he’s always been able to create great music.

Even as a young child, the Jamaica Queens, NY, native could seamlessly merge musical styles in a way that was enjoyable to the ears.

“This is just what would come out,” said Escobar. “I just have a deep understanding of how to put the two genres together in a way that makes sense.”

Escobar is not the only one in his family with musical talent. His brother, Tourie, also specializes in combining the sounds of the violin and hip-hop.

The two blended the styles together from 2004 to 2012 as the musical duo Nuttin’ But Strings. Since then, Escobar has decided to pursue a solo career. His first solo album, “I Am Me,” is scheduled to be released sometime in 2014.

Escobar promises to have an album ranked in the Top 40 within the next year. He said he knows his sound is unique compared to everything else that’s currently popular, but he believes that’s what makes it so strong.

His sound is different by design, and that’s also the advice that he gives to anyone else who might be interested in getting into the music industry.

“I can’t give people advice on how I did it, but I can say that they should identify what’s trending and do the exact opposite. It’s going to take a lot longer, but you’ll find your niche,” Escobar said.

He’s confident that he’s found his.