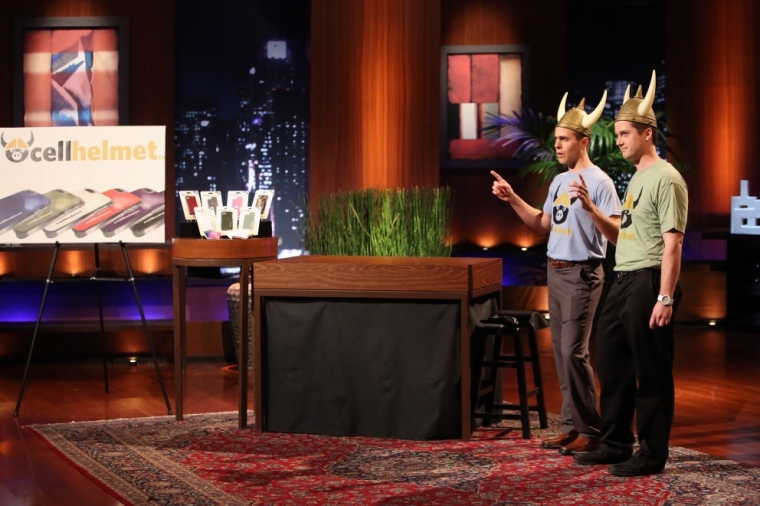 In March 2013, the 2011 Penn State Behrend alumnus attempted to impress investors, including Dallas Mavericks owner Mark Cuban, on ABC’s Shark Tank by pitching cellhelmet, a cell-phone case company he started in 2011 with two friends. The company was founded with the goal of offering cell-phone users a new, sleek case that comes with a guarantee: if the phone breaks in the case, the company will replace everything for $50.

Cuban and the other investors on Shark Tank decided against investing in cellhelmet as they felt competitors would be able to undercut the company’s pricing, but the entire experience can hardly be considered a loss for Artuso and his partners.

“It’s a really good leveraging point when you talk to people,” says Artuso, who is cellhelmet’s CMO, co-founder and master technician.  “You can have a sales guy call a person and ask, ‘Have you ever seen ABC’s Shark Tank?’ They’ll respond, ‘Yeah, I saw that,’ so it’s a nice entry point that helps us get in front of people. It established a lot of legitimacy that we didn’t have before.”

After the show was filmed, cellhelmet reached a deal with Eldridge Communications, a Pittsburgh-based Verizon Wireless retailer, to place cases in their stores. The agreement was a win-win for all parties, but it also had a significant impact on how cellhelmet would later reevaluate its business strategy.

Repairs have always been part of what cellhelmet does, but it had never been the focus. However, that changed thanks to the partnership with Eldridge Communications.

cellhelmet began to fix phones for Eldridge Communications, which would then sell them as refurbished phones. Since then, cellhelmet has focused its efforts on repairs, and the results have been very positive.

“It’s actually growing faster than the cases,” Artuso says. “We still sell a decent amount of them, but our main focus is repairs.”

cellhelmet repairs phones and tablets for a handful of companies and offers public repairs via mail order on its website. Customers can also visit the company’s headquarters in Wexford, Pa., for a walk-in discount.

“We use certified repair technicians, the highest-quality grade parts and offer a lifetime guarantee on our repairs,” Artuso says. “We basically built our entire business model on quality. We like you, but we don’t want to see you again because you probably don’t want to get your phone fixed again. When we’re done fixing a phone, you basically have a brand new device.”

cellhelmet has big plans for the future. Artuso says the company would like to open a few retail locations in the next year that will focus on repairs, and the ultimate goal is to franchise the business model.

“We have our hands in the right area now,” Artuso says. “It’s just a really good platform for us to grow.”

cellhelmet will continue to sell its small, compact cases for which the company is named, but the focus has definitely changed. Artuso says there are no plans to manufacture new cases in the near future because of the high costs involved.

The company recently doubled in size to eight employees in November, and there are plans to hire more as well.

No, Artuso may not have been a “winner” ten months ago when he appeared on Shark Tank, but it’s clear he’s winning now.

So, would he go back and do it all again?